You’ve reached “home base” for fun ways to learn Civil War history at Antietam National Battlefield in Sharpsburg, Maryland. Start here to plan your Antietam battlefield bike tour, and maybe connect from the C&O Canal Towpath. You can learn about the battlefield by perusing this website.

Plan your own self-directed cycling adventure using Civil War Cycling’s guidebook and maps. Or click to buy maps, or buy a guidebook using this Amazon affiliate link. Join the ranks of people who like to learn like a kid on a bike.

In the first week of September, 1862, the Confederate Army of Northern Virginia, under the command of Gen. Robert E. Lee, crossed the Potomac River into western Maryland. This first invasion of northern soil resulted in the Battle of South Mountain (September 14), Gen. Lee’s capture of Harper’s Ferry (September 15), and the Battle of Antietam (September 17) in Sharpsburg, Maryland. ~ From Bicycling Antietam National Battlefield, p. 57. 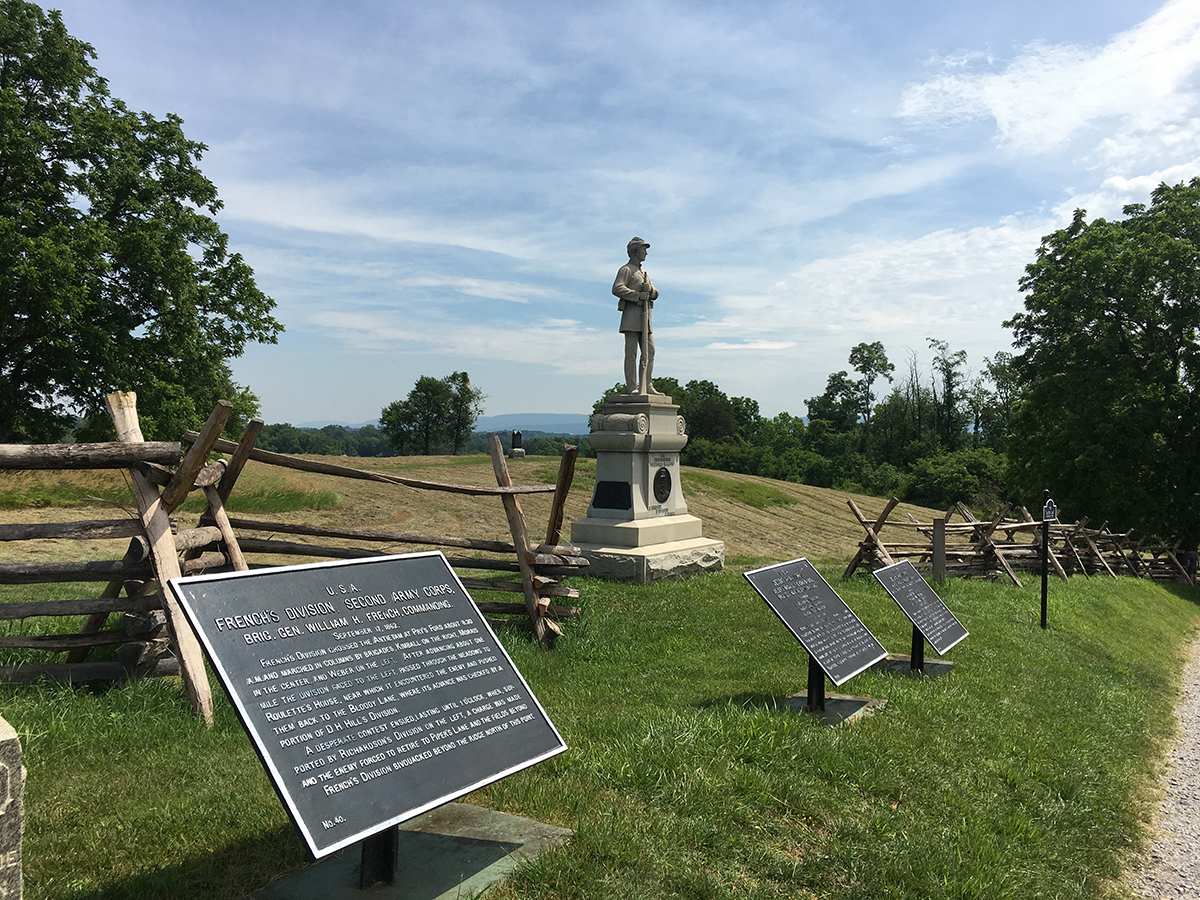