You’ve reached “home base” for fun ways to learn Civil War history at Gettysburg National Military Park in Gettysburg, Pennsylvania. Start here to plan your Gettysburg battlefield bike tour. And maybe learn about the battlefield by perusing this website.

Unless you know the Gettysburg road network really well, you will be disappointed if you rely on the free paper map from the National Park Service. It is a great map for cars, but not for bicyclists. Click here to read a popular blog post on this topic, “Biking the Gettysburg Battlefield—Not Just Any Map.”

The solution for self-directed, outdoor learners and explorers:

… tells the story of the Battle of Gettysburg (July 1–3, 1863) from the perspective of a bicyclist who scans the battlefield landscape for natural and physical landmarks—not only to stay oriented, but also to connect geography with the historical narrative. 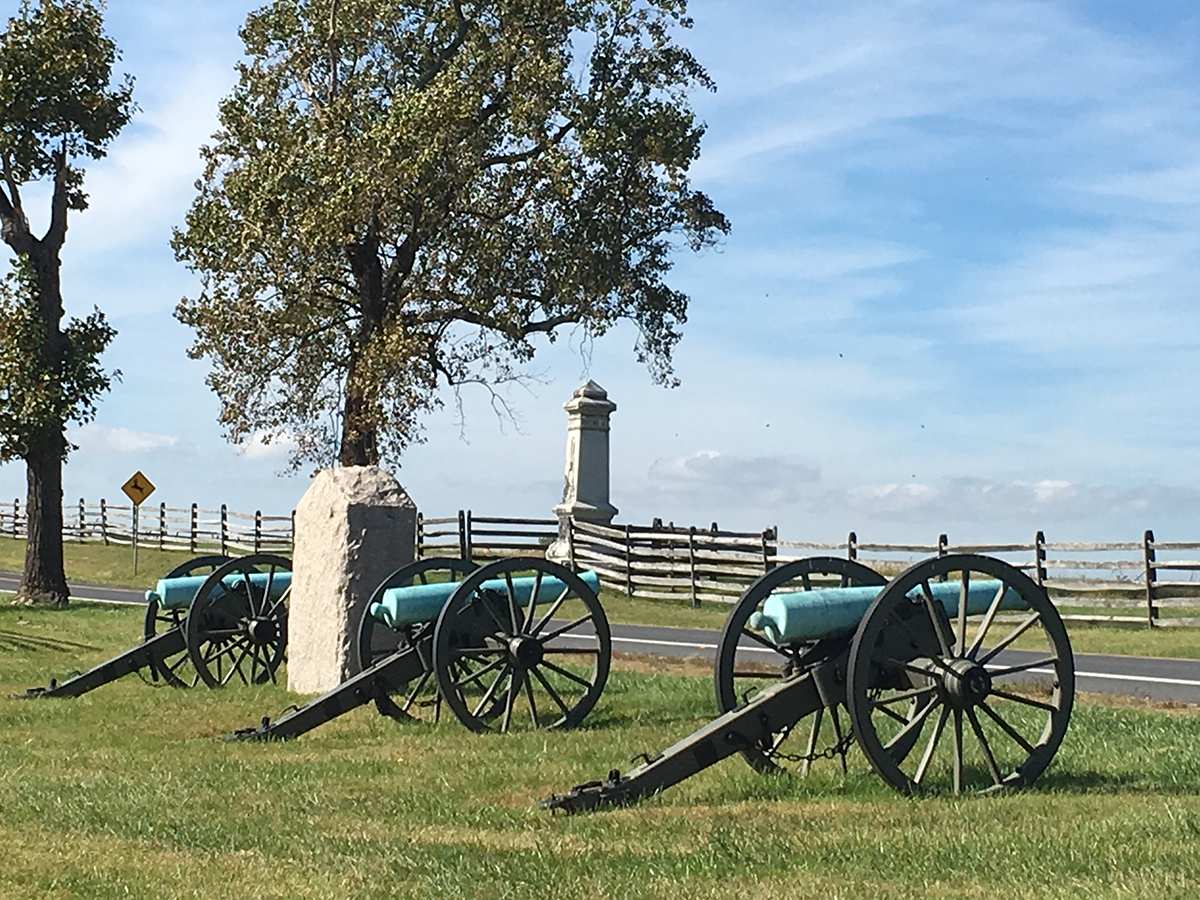 The West Edge of The Peach Orchard, at Emmitsburg Road

The National Park Service sometimes restructures its site and buries information that it thinks is less interesting or useful to park visitors. Order of Battle links are just one example. For the convenience of Civil War Cycling readers, here they are:

The Army of the Potomac at Gettysburg

The Army of Northern Virginia at Gettysburg

AND MORE! Buy and download a printable PDF companion map for Gettysburg, Chickamauga, or Antietam (with tips for an excursion from the C&O Canal Towpath). Or browse our mini-guidebook series of paperbacks.