Looking for an Antietam biking tip? How about six. Here are six tips for planning a bicycling trip to Antietam National Battlefield:

Know your touring options beyond the battlefield

Antietam Biking Tip #1 is to research your options for visiting one or more other historic tourist destinations in western Maryland and West Virginia.

The 1862 Maryland Campaign included the military conflict at Harpers Ferry and the Battles of South Mountain, Antietam, and Shepherdstown. On the way to those Civil War battles, George B. McClellan’s federal Army of the Potomac and Robert E. Lee’s confederate Army of Northern Virginia marched through Frederick. In the aftermath, Confederate soldiers were buried in Shepherdstown, Hagerstown, and Frederick. Antietam National Cemetery was the burial place for union soldiers who fought at the Battle of Antietam.

In addition to Antietam National Battlefield, Sharpsburg is home to the Pry House Field Hospital Museum at 18906 Shepherdstown Pike. The National Park Service manages the museum under the sponsorship of the National Museum of Civil War Medicine (in Frederick). It is a 3.5-mile car ride from the battlefield.

Gen. McClellan established his headquarters at the home of Philip and Elizabeth Pry. Located on a hill near Keedysville, Union officers looked west from the house to observe battlefield events on September 17, 1862. (The action farther south along Antietam Creek, specifically at the Burnside Bridge, was not visible).

If you want to experience Sharpsburg’s rural, small-town character, you can make reservations at a historic inn or guest house; see https://www.visitmaryland.org/city/sharpsburg. There are also many lodging options in nearby Shepherdstown (4 miles), Hagerstown (14 miles), Harpers Ferry (17 miles), and Frederick (22 miles). 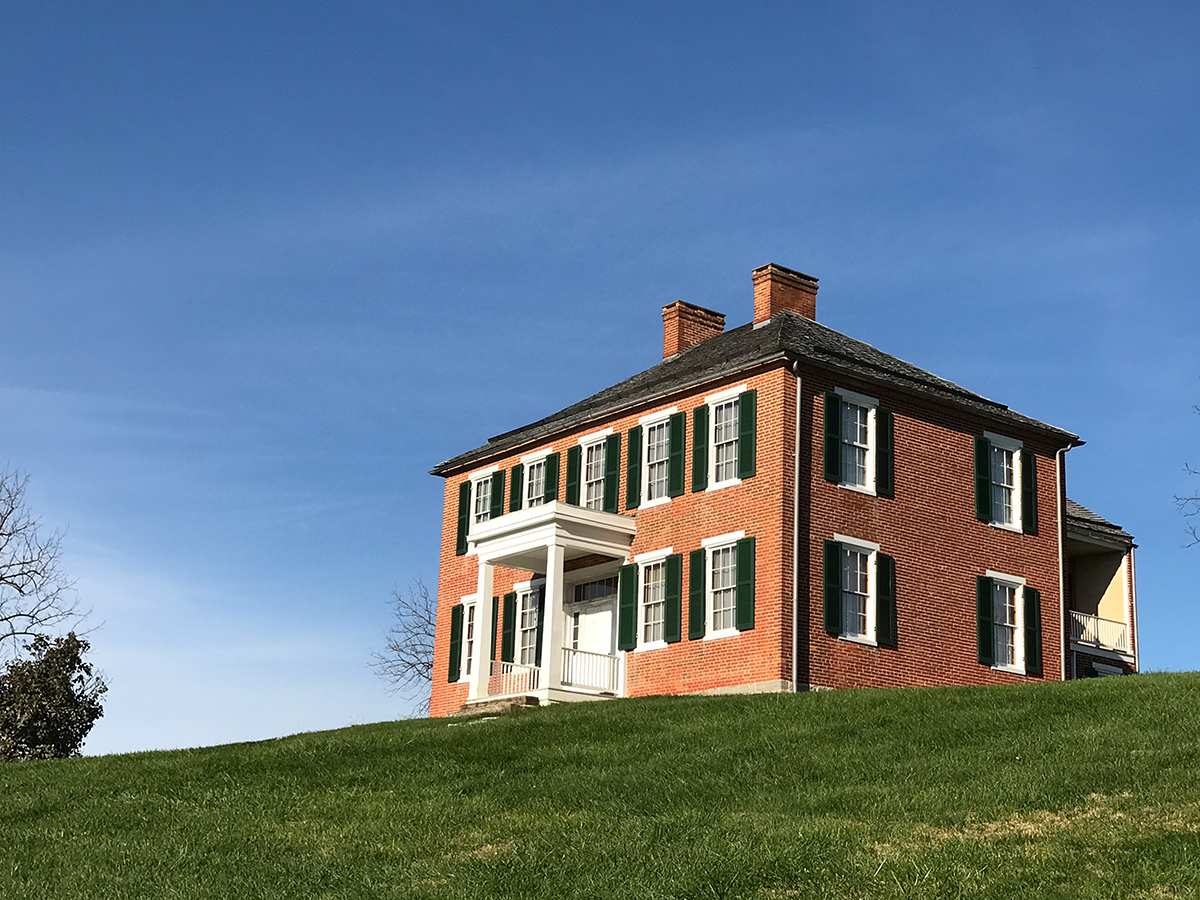 One option is to park your car near the Old South Mountain Inn (Old National Pike, Boonsboro), where here, in Turner’s Gap, Confederate and then Union officers set up headquarters. After visiting the NPS wayside exhibits and cast iron historic tables, hike the Appalachian Trail to Fox’s Gap to visit the Reno, Garland, and (modern-day) North Carolina monuments. Then hike back to Turner’s Gap and drive to Crampton’s Gap to visit the National War Correspondents Memorial and other monuments and markers in Gathland State Park.

Nineteenth-century maps of the area are freely available at The Library of Congress website. You might enjoy these links: “The Antietam Campaign” and “Map of the position at Turner’s Gap. South Mountain”. 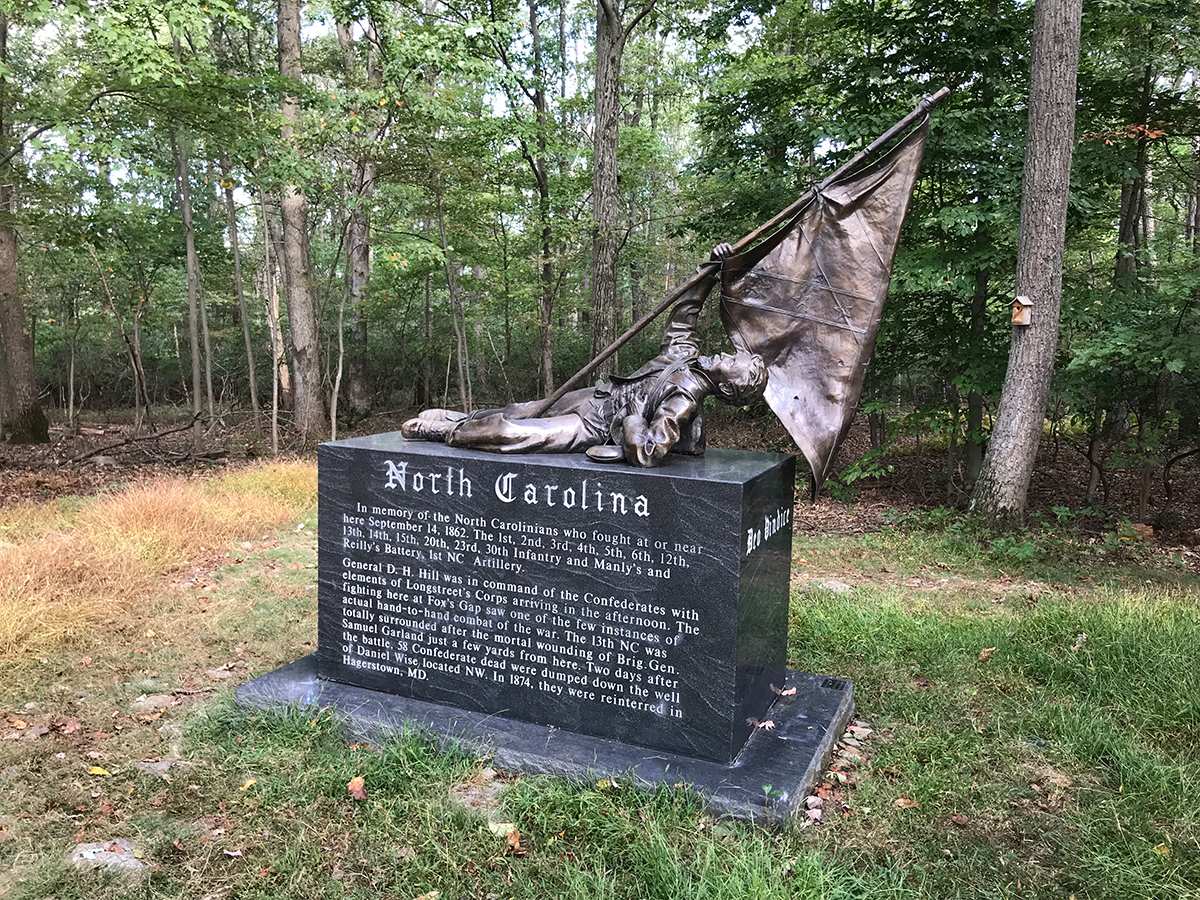 Harpers Ferry was the location of an important garrison during the Civil War. The town is located at the confluence of the Potomac and Susquehanna Rivers, about 13 miles south of Shepherdstown. On September 15, 1862, Union Brig. Gen. Dixon S. Miles surrendered to Maj. Gen. Thomas “Stonewall” Jackson, who then hurried north to rejoin Gen. Lee’s army in time for what the South called the Battle of Sharpsburg, and the North called the Battle of Antietam, on September 17.

Bicyclists who want to enter Harpers Ferry from the canal towpath must carry their bikes up a steep stairway to the footbridge that connects Maryland to West Virginia. Bicycle racks in or near Sharpsburg are not common, although there are many racks in Harpers Ferry. Car parking is generally not a problem, although the Visitor Center parking lot will fill up first. For a list of car parking lots and access points along the C&O Canal, see https://candocanal.org/access/ (C&O Canal Association website).

The Chesapeake & Ohio Canal Towpath runs along the Potomac River, a border that separates Maryland from Virginia and West Virginia. Gen. Lee’s Army of Northern Virginia retreated back to Virginia after the Battle of Antietam, crossing the Potomac River at Boteler’s (Packhorse) Ford at mile point 71.4 on the C&O Canal, about one mile south of Shepherdstown.

Antietam National Battlefield is on the east side of the canal, north of downtown Sharpsburg, Maryland. There are four canal access points from which you can connect to Antietam National Battlefield (and vice versa). For more information, and to plan a battlefield excursion from the canal towpath, please see Civil War Cycling’s page on “Selecting Your Antietam Bicycle Route,” or click here to shop for digital maps and guidebooks. 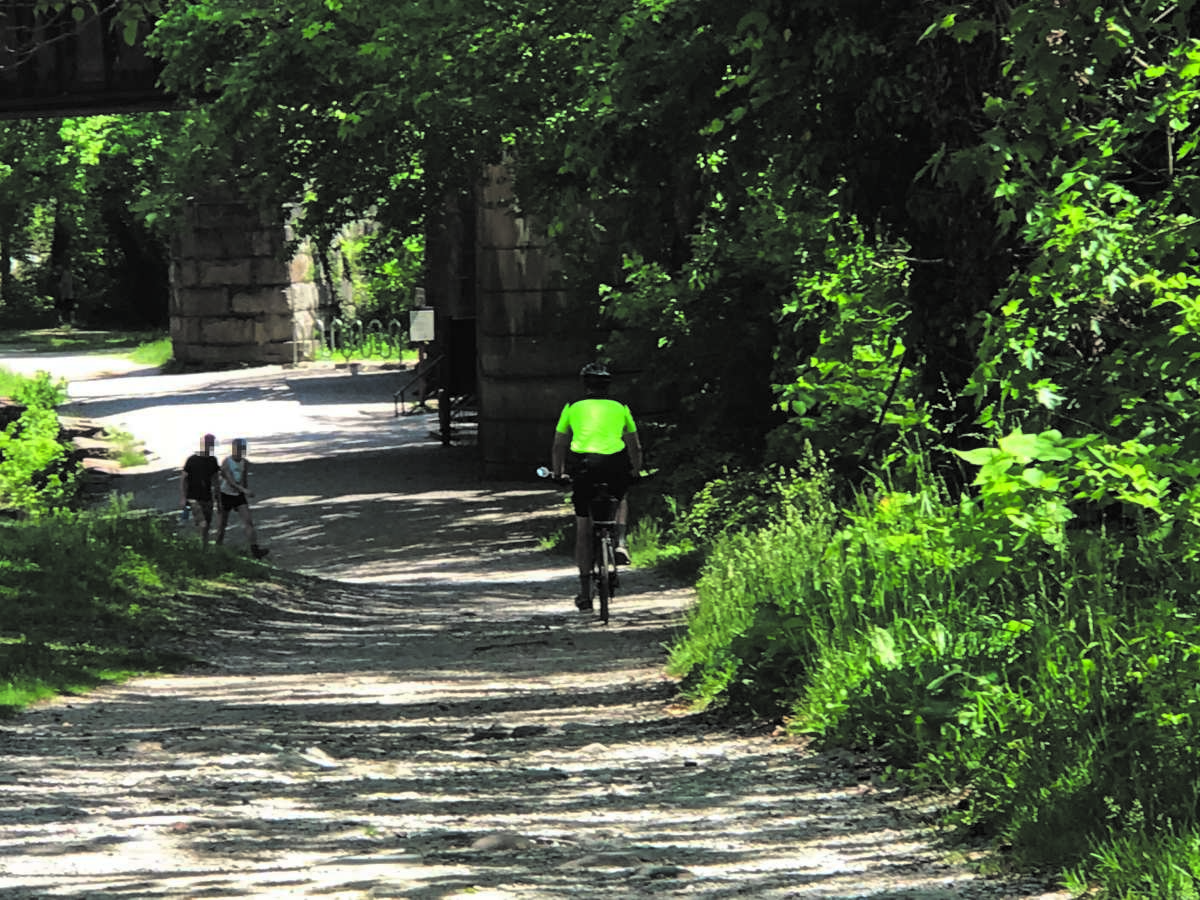 Riding South of the C&O Canal at Harpers Ferry

Shepherdstown is a historic town on the Potomac River, near Canal Lock 38. The town has several good restaurants and shops. Note that there are several bicycle shops in Shepherdstown, Hagerstown, Harpers Ferry, and Frederick.  To pursue rental options, consult the Real Yellow Pages here, https://www.yellowpages.com/sharpsburg-md/bicycle-shops.

If you visit Shepherdstown, be sure to make time to visit Elmwood Cemetery. Although most Civil War graves in this private cemetery are for ordinary soldiers, a member of Jackson’s staff at Antietam, Col. Henry Kyd Douglas, is buried there.

Washington Confederate Cemetery is part of Rose Hill Cemetery in Hagerstown, Maryland. In 1871, the State of Maryland purchased this land for the burial of Confederate soldiers who fought at the Battles of South Mountain and Antietam. Of the 2,468 Confederate soldiers buried here, 2,122 could not be identified. In 1877, Robert E. Lee’s nephew, Fitzhugh Lee, gave a speech at the dedication of the nineteen-foot-high centerpiece statue, which symbolized Hope.

The National Museum of Civil War Medicine is at 48 East Patrick Street, Frederick. It is a 25-mile car ride through Boonsboro and east on US-40ALT.

Mt. Olivet Cemetery is also located in Frederick, where you can visit the graves of many Union and Confederate soldiers who fought at the Battles of South Mountain and Antietam (1862), Gettysburg (1863), and Monocacy (1864).

Plan your bike tour based on your lodging needs

Antietam Biking Tip #2 is to think carefully about your lodging preferences and options. If you are a franchise hotel-type traveler, there are no options in Sharpsburg. But if you enjoy inns, Sharpsburg’s rural charm may have just what you need; point your web browser to https://www.visitmaryland.org/city/sharpsburg.

For hotels, look for something in Hagerstown (MD), Shepherdstown (WV), Harpers Ferry (WV), or perhaps as far away as Frederick (MD). Each town as a different character and therefore a different lodging culture.

Start at the Visitor Center if you can

Antietam Biking Tip #3 is to start your bike tour at the Visitor Center. Your admission to the park includes a very good thirty-minute introductory movie on the Battle of Antietam. There is a small gift shop, museum, and observation deck that provides an open view of South Mountain.

Get familiar with the Battle of Antietam before your trip

Antietam Biking Tip #4 is one that most people do not follow. To maximize your learning experience while riding the battlefield, please consider reading-up on battle, at least enough to recognize the:

Select your route before the day of your ride

Antietam Biking Tip #5 is to select your route before the say of your ride. Although Antietam National Battlefield is very easy to tour without getting lost or detoured, if you know your route before you start pedaling, you will have more time and energy to focus on enjoying your ride and learning American history on-the-go.

Antietam Biking Tip #6 is very important but easy to forget or dismiss as being unnecessary. The National Park Service does a good job posting alerts about park closures, road closures, changes to operating hours, maintenance work, and other events that will impact your battlefield tour. It happens more than you might think!

Check the following links before you travel to the Sharpsburg area: